This is something that I wanted to post weeks ago but I got sidetracked (which I usually do) with other things. 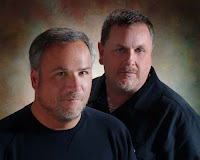 It was announced in July that one of OAS's favorite syndicated, radio, talk-shows, was going off the air. The Mike O'Meara Show which was an off shoot from the Don & Mike show aired it's last episode on July 17th on it's original flagship station WJFK. Apparently WJFK decided to go with an all sports format so The Mike O'Meara Show was swept aside. Which sucks. Especially since we hate sports here at OAS. Fuck sports!!!

The reason we bring this up is that these guys were a big influence to us at here at OAS. Back in the day when we were in Wichita, Kansas Don & Mike were broadcast Monday through Friday at 3pm. Their show was kind of more sophisticated zoo crew that had a large following in Wichita which was one of towns where the show aired. Now for years my good buddy Larry told me about Don & Mike but I refused to listen. (Sorry about that buddy) Basically I've never really been into talk radio. I find general talk radio boring for the most part. But one day good ol' Jason Bailey said to me, "Hey buddy, you should check these guys out. Listening to their show really helps the day fly by." At the time we both had mundane office jobs to where something like this really helped. So I started to listen and he was right. I'm not sure if I would have had such a reaction if not for that specific employment situation, but I did indeed get hooked. So I listened up until the time I moved to the East Coast (Where they weren't aired) three years ago. I would love to say that I listened to them online or through their podcasts but I didn't. I was bad.

Now some of you may like Don & Mike and some of you may not. While I was searching for the above photo I came across a blog that had the picture which said "These Guys Are Not Funny!". So to each his own, I guess. Throughout the years that has been a constant debate for those who are into shows like theirs. Some people seem to love them while others completely loath them.

However, for us here at OAS we are on the love em' side and it's safe to say that several of the projects we have done throughout the years (including the successful Elvis show back in Wichita) were inspired by topics Don & Mike brought up on their show. I for one tried to use their show format as an example when I began to prep the OAS podcast. So it was sad to hear that their show came to an end.

Now some of you may not know who the fuck we're talking about here but I'm not going to take forever explaining the shows history. For that just click on the links below to get the low down.

We here at OAS would like to give a salute to Don & Mike and their entire cast and crew. We hope the Mike O'Meara show finds a new home and we can get more of this hilarious show in the future. If not, then thanks for all the good laughs, fellas!
Posted by Operation Attack Squirrel at 2:02 PM No comments:

As you some of you may have noticed we skipped last week's OAS Podcast. We had a couple of things pop up so we decided to skip a week.

The main thing was that here at Cassa De Welch's our commode has been under construction. Yes we sprung a leak in our Bathroom ceiling due to the constant raining over the last few months so there have been people in and out of our apartment working on our Jon. Which doesn't make for good podcast recordings.

So we've got that going for us. Which is nice. And then as the weekend progressed yours truly came down with the Sars. Yeah the Sars. No not really. But I did find myself under the weather so to speak for a few days. Which doesn't happen very often but when it does oooo, baby.

But not worry folks recording has begun on EPISODE 8 and we should have it online before too long. Also we plan on launching our first NERD-A-CON episode shortly as well. Bringing you a recap of the San Diego ComicCon that took place last week and all your other nerdy needs. So yeah, more too come!
Posted by Operation Attack Squirrel at 1:43 PM No comments: